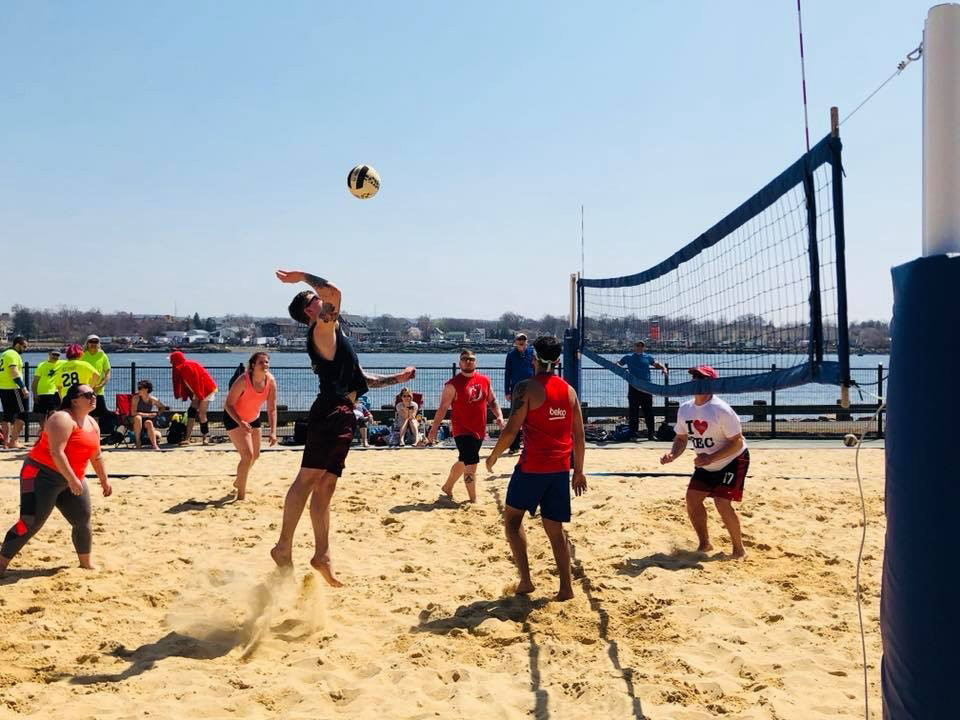 Located along the Kill Van Kull, with the Bayonne Bridge as a backdrop. Dennis P. Collins Park was an aging recreational facility falling into a state of disrepair.
Accordingly, the City of Bayonne called upon their City Engineer David Samuel to develop a design plan for improvements.
Design features include reconstructed tennis courts and tot lots. A new picnic area was constructed along with a cornhole competition area. Along the shoreline a sand volleyball court was constructed.
A state-of-the-art dog park was also constructed along with a pair of stamped concrete patios. A meandering asphalt walkway connects all focal points of the site while providing several exercise stations along the way.
Numerous park amenities which include drinking fountains, bicycle racks, benches and solar charging stations were also included in the project.
The completed project will provide the community many years of improved recreational enjoyment.