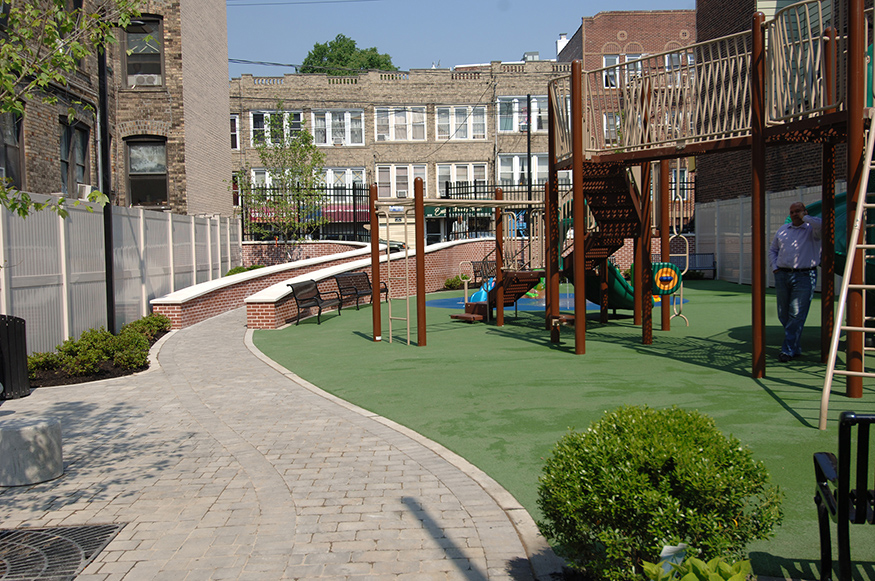 Dewey Park, located between 64th and 65th Streets in West New York, Hudson County was a park in desperate need of restoration. The park has been in disrepair and closed for over a decade. As part of this project, Dewey Park was fully reconstructed with improvements including installation of a small spray park area with features that can be utilized by small children when not running, installation of new play equipment, landscaping, new sidewalk and shade trees at both road frontages with an ADA compliant entrance ramp from Hudson Avenue, benches surrounding the play areas, installation of a patio area with game tables, fencing and gates and the installation of lighting and security cameras linked to the police station.

Fillmore Park is located at the intersection of Fillmore Place and 61st Street. As part of this project, Fillmore Park was refurbished with improvements including repairing/replacing any damaged park playground equipment, replacing the existing play surface which was in poor condition, replacing the existing perimeter fencing and entrance columns, installation of security cameras linked to the police station, installation of new water features with new surface, new picnic tables, game tables and bike racks, repair of any damaged or non-functioning lighting, landscaping and a general clean-up of the park.