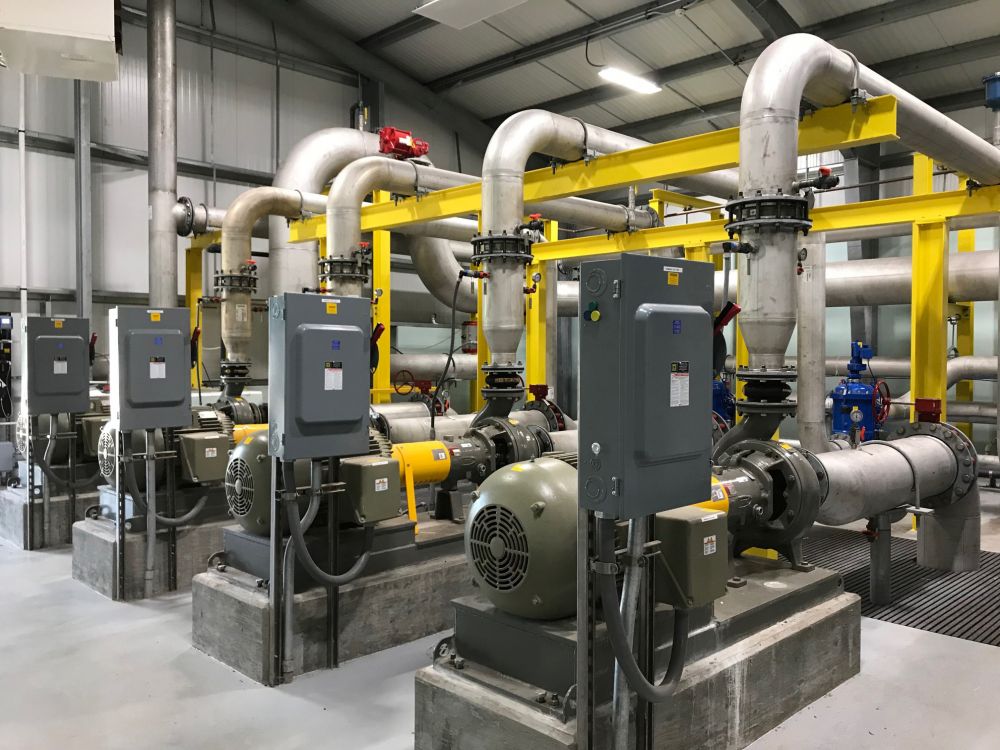 As demands continued to increase in the early 2000's the City of Rahway was forced to study methods of increased water production and supply. The inability to provide the needed potable water would halt the redevelopment of the City currently being experienced.

Ultimately the City had an engineering design prepared for filter system improvements at the water treatment plant. It was determined that by replacing the existing gravity filters with membrane filters the plant would be able to increase its daily capacity, meet the present and future water demand of the area, and meet NJDEP water quality standards. The design also included the construction of sanitary sewer improvements that included an on-site sanitary sewer pumping station and offsite sanitary sewer force main to transport treated waste discharge. Lastly, improvements to the existing sludge holding pond facility were included.

In December of 2014, with design plans and specifications in hand, permits acquired, and NJEIT low-interest loans in place, the City of Rahway hired Consulting Engineer David J. Samuel PE, PP, & CME of CME Associates to publicly bid and construct the project.

Mr. Samuel and his staff required that the contractor perform the soil erosion measures required by Somerset-Union Soil Conservation District. Offsite force main construction was to be properly coordinated with Elizabethtown Gas as it related to planning review, markouts and test pits. It was noted that it was the responsibility of the contractor to comply with all safety measures as required by OSHA. Additionally all requirements of the NJDEP were to be adhered to.

Pre-Construction photographs were taken and provided by the contractor and the NJDEP project sign was installed at the entrance to the facility and the contractor mobilized on-site by the end of June 2015.

Construction commenced in July of 2015. Initial site demolition and construction of the site piping, duct banks, and gravity sewer began. Pilot testing of the membrane filtration system was also conducted.

Construction of the backwash pumping station and the pre-engineered Membrane Treatment Facility building were well underway throughout 2016. The offsite sanitary sewer force main and the improvements to the residual holding pond were also being constructed.

All improvements were constructed under the watchful eye of Mr. Samuel and his staff. Bi-Weekly site meetings were held and shop drawings were submitted and reviewed as required.

During the excavation for construction of the Membrane Treatment Facility, it was discovered that one of the outer walls of coagulation basin number 2, built in 1911, was failing. Mr. Samuel and his team realized this needed to be addressed, The City was notified and authorized Mr. Samuel to fast track a structural design and have the repairs completed immediately by the contractor.

The construction of the Membrane Treatment Building along with all associated electrical and mechanical work continued and was completed in the summer of 2017. With the rest of the onsite and offsite work completed, final testing of the Membrane Filters was conducted and the new Membrane Facility was successfully placed online on October 3, 2017.

Successful demolition of the former gravity filter building and all associated piping and controls commenced shortly thereafter and has recently been completed, O&M Manuals were submitted by the contractor, Training of Plant Personnel has been completed and As-Built drawings are in the process of being completed.

Through the hard work and tenacity of Mr. Samuel and his staff, the improvements to the Rahway Water Treatment Plant to meet the demands required by the City have been completed. With the addition of the new Membrane Treatment Facility, the Plant has the ability to filter 7.7 MGD, far exceeding the capacity of the former gravity filter system.