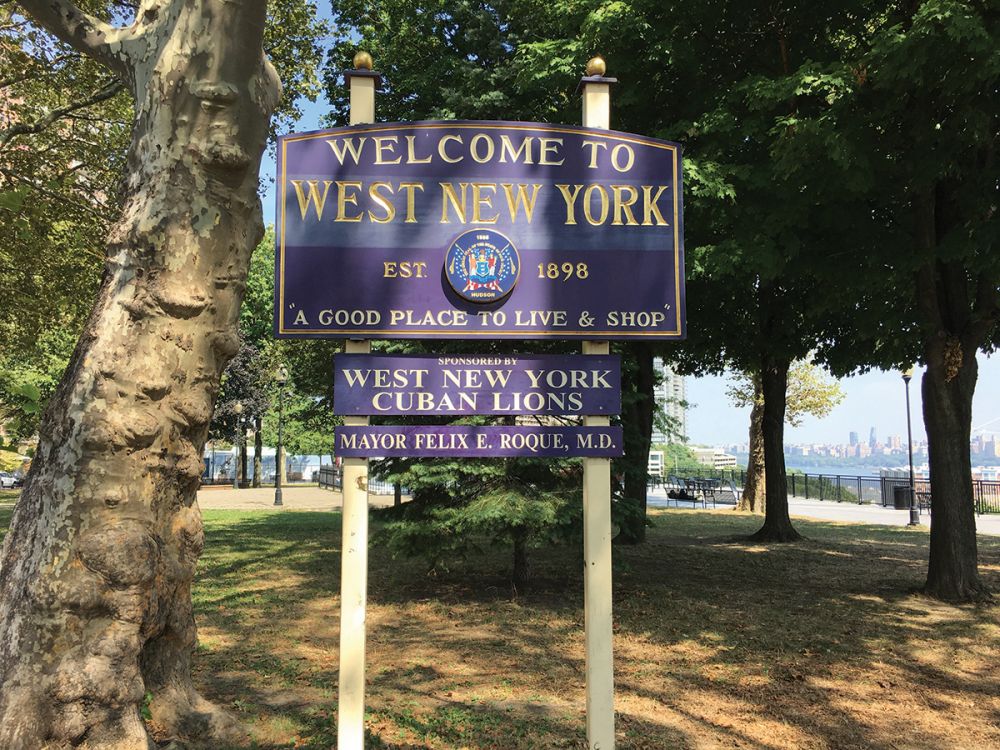 Veteran's Park is located along John F. Kennedy Boulevard East, north of 54th Street. The total park area is approximately 16 AC and is currently utilized as a multi-functional park. The project area encompasses approximately 1.75 AC and is used mainly for passive recreation with walking paths, benches and memorials. The project was initiated due to the fact that portions of the existing concrete paver walkway, railings and concrete curb retaining walls were in disrepair due to erosion of the existing steep slopes that existed at the site. The existing material on the slope contained extensive vegetative material that was not able to support the existing walkway, as was seen by the erosion.

The Town authorized Town Engineer, David J. Samuel, P.E., P.P., of CME Associates to develop cost effective conceptual design plans for the facility. Due to the extremely steep slopes, poor existing material, depth to the existing bedrock and the goal of achieving additional usable park area, this was a challenging task. After numerous meetings with Town Officials, Mr. Samuel developed a unique conceptual design for the park which was well received. After presenting the conceptual design to the public at a Commissioners meeting, CME Associates was authorized to proceed with the development of final design plans for the park.

CLIENT REQUIREMENTS:
• DEVELOP A SOLUTION TO THE ONGOING EROSION ISSUE
• CREATE A DESIGN THAT WILL PROVIDE A SAFE FACILITY FOR MANY YEARS
• ASSIST THE TOWN IN OBTAINING ALTERNATIVE FUNDING
• DEVELOP CONCEPT PLANS AND MEET WITH TOWN OFFICIALS
• DEVELOP PLANS AND SPECIFICATIONS FOR PUBLIC BIDDING
• PROVIDE CONSTRUCTION MANAGEMENT SERVICE TO ENSURE PROPER CONSTRUCTION OF THE IMPROVEMENTS

UNIQUE OR UNUSUAL DESIGN FEATURES:
• PERFORM AN EXTENSIVE GEOTECHNICAL STUDY OF THE SUBSURFACE CONDITIONS
• REMOVE THE EXISTING SOILS DOWN TO THE BEDROCK TO PROPERLY STABILIZE THE AREA
• ANCHOR NEW FOUNDATION INTO THE EXISTING BEDROCK
• UTILIZED PRECAST STRUCTURAL RETAINING WALL
• CONSTRUCTED THE NEW RETAINING WALL APPROX 100' EAST OF THE EXISTING SLOPE AND CREATED APPROXIMATELY 30,000 SQUARE FEET OF NEW PARK AREA
• ASSISTANCE IN APPLYING FOR AND OBTAINING NUMEROUS FINANCIAL GRANTS FOR THE PROJECT IN ORDER TO EASE THE BURDEN ON THE TOWN'S TAXPAYERS

THE RESULT:
Through the innovative design and construction management of David J. Samuel, PE, PP, the Town of West New York has realized its goal of providing much needed safe, accessible and enhanced recreational facilities for its residents to enjoy. With the completion of the new facilities, the Town now has regained access to the formerly closed sections of the park and gained access to the newly developed park areas for residents to enjoy throughout the year.