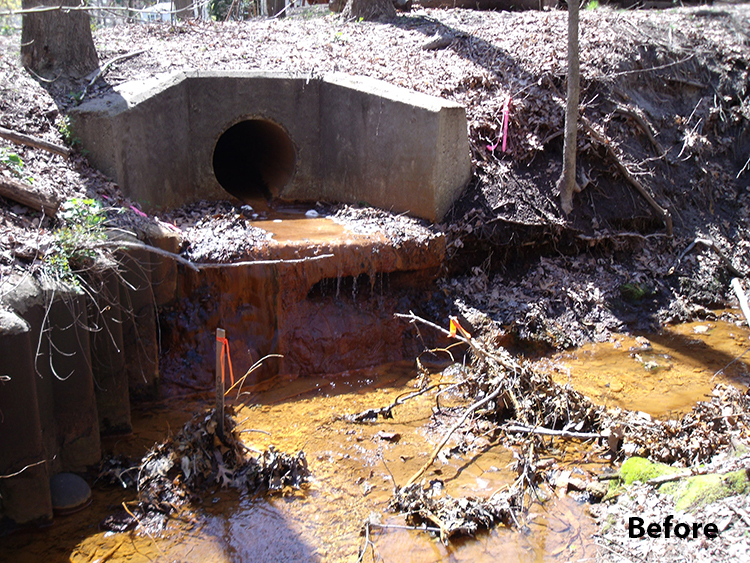 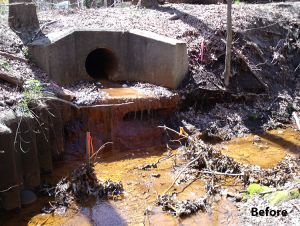 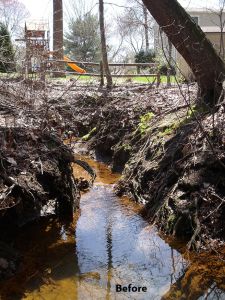 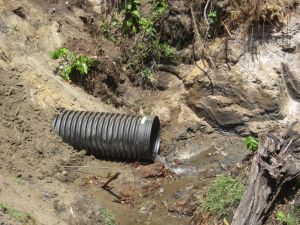 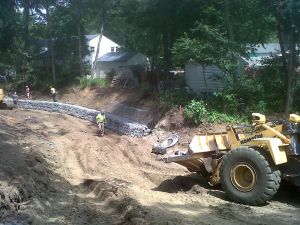 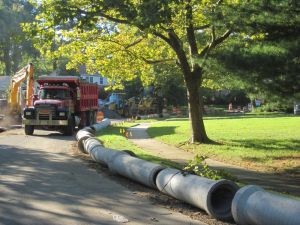 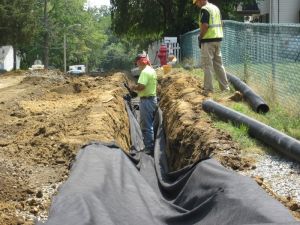 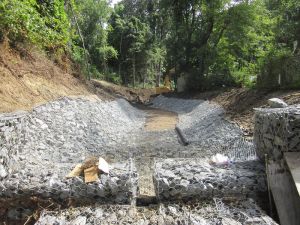 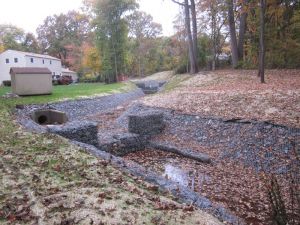 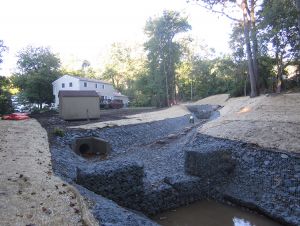 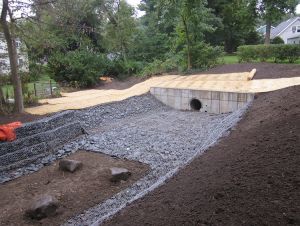 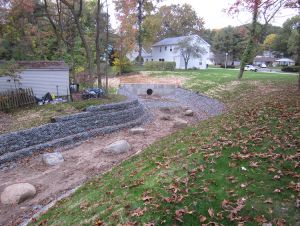 The Township of Aberdeen authorized CME Associates to perform design, permitting, and construction administration services for the Duda Lane Stream Restoration project in response to multiple complaints by affected residents. The project was designed to stabilize the severely eroded stream channel bottom and banks of the unnamed tributary to the Mohingson Brook, to prevent future erosion. Prior to the implementation of the project, erosion had created bank cuts up to 15 feet high, which had migrated into the rear yards of five (5) homes on Duda Lane. These extreme banks threatened to undercut and destroy several storage sheds and at least one of the residences where, in one area, the top of bank had migrated to approximately 15 feet from the structure. Erosion had already caused multiple mature trees to fall, thus presenting a safety hazard to the proximate properties and obstructing the channel. If left uncontrolled, erosion would have caused the stream bank to continue to migrate towards the existing homes and cause further property damage, loss of trees, safety hazard conditions, and property devaluation.

The project required an Individual Stream Encroachment Permit from the NJDEP, which permit required multiple reiterations of hydraulic and structural calculations to demonstrate regulatory compliance for channel and check dam stability.

The work was located within an unnamed tributary to Mohingson Brook, between a 36-inch diameter RCP discharging into the channel at the most upstream point, and a point located approximately 688 feet downstream. This section of the stream required varying degrees of erosion control protection, The stream restoration process involved restoring the stream to its approximate original grade with compacted dense graded aggregate (DGA) and large boulders. At three separate locations, check-dams were constructed using gabion baskets and reno mattresses with scour holes on the downstream side. The bottom of the new streambed was also planted with water tolerant species and the side slopes were planted with willow branches for added stabilization, all in accordance with NJDEP design guidelines for stream restoration.