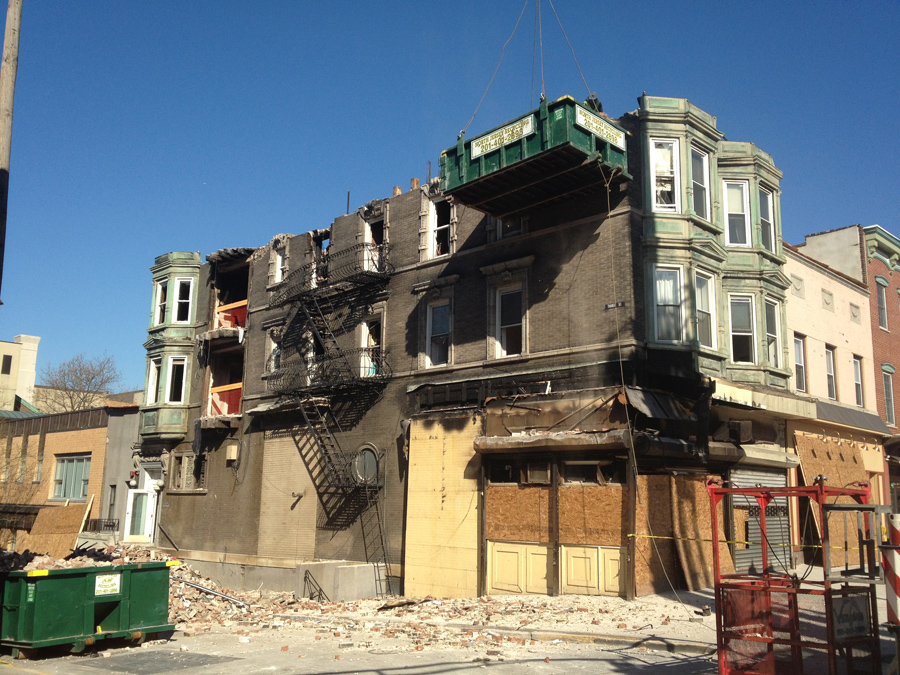 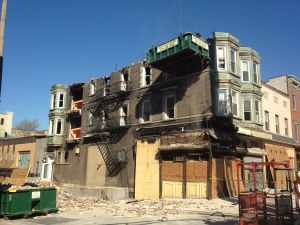 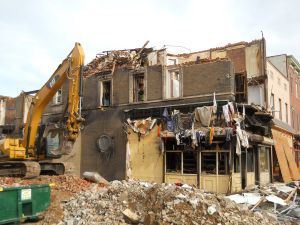 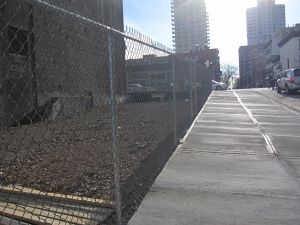 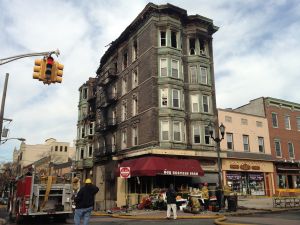 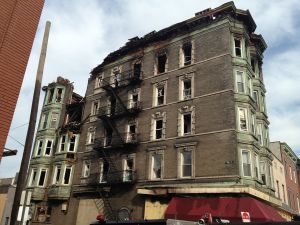 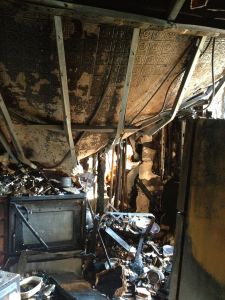 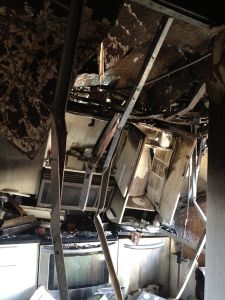 On Sunday evening, February 19, 2012, a fire broke out at 300 Washington Street in Hoboken, NJ. As the smoke cleared on Monday afternoon, the call was made to CME Associates on behalf of the Mayor of Hoboken to report to the site the following morning to perform an emergency structural evaluation of the severely damaged structure. CME sent a team of 2 Structural Engineers to assess the structural stability of the 5-story masonry building with wood frame interior walls, floors and roof. CME was asked to determine which portions of the structure could be salvaged and which needed to be demolished. CME worked closely with the Home Owners Association, the Hoboken Building Department and the demolition contractor to perform these duties.

The fire allegedly started on the ground floor and quickly rose to the roof through an abandoned dumb waiter shaft located in the center of the exterior wall facing 3rd Street. Because of this, not only did the roof and portions of the 5th floor collapse during the blaze, but the entire central third of the building also suffered severe structural damage to the masonry load bearing walls and main floor joists. Also, several chimney structures were determined to be unstable. In fact, over the following weekend, one chimney collapsed into the building's footprint during heavy winds in the area. The collapse caused additional damage as the weakened 5th and 4th floors caved in under its weight. Based on all of this information, it was determined that the structure had been irreparably damaged and needed to be demolished.

CME's services addressed requirements contained within the Municipal Ordinances related to emergency demolition and to sidewalks within the Historic/Commercial District. In addition, code references were made to Chapter 3 under Title 5 of the New Jersey Administrative Code related to the Uniform Construction Code. Specific references were made to Section 3307 of the 2009 International Building Code (IBC) New Jersey Edition and related Section N.J.A.C. 5:23-2.34 regarding protection of adjoining property. The sidewalk vault structure was checked for conformance to Chapter 16 of the IBC Code related to structural loading requirements for sidewalks which included consideration of a large 250 psf uniform live load and a separate consideration of a concentrated 8,000 pound jacking load on the concrete slab. The existing slab was found to be adequate for both cases.

CME prepared grading and drainage plans so that the site would not cause unnecessary water damage to the adjacent buildings until such time when the Home Owners Association can rebuild on their property. CME also provided the layout of a proposed bulkhead structure that would preserve the structural integrity of the sidewalk vault area and allow for periodic inspections of the space after the remainder of the lot is backfilled.