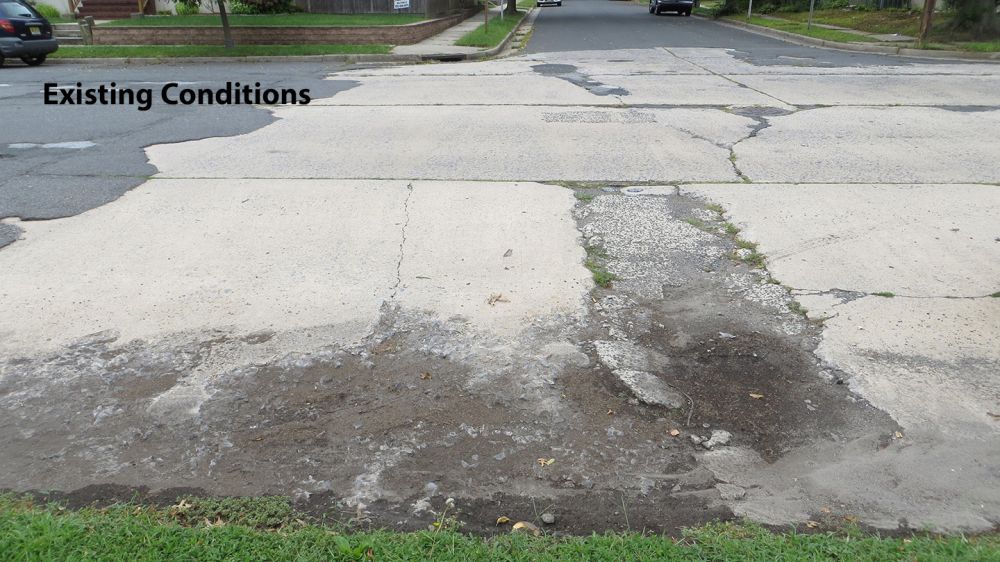 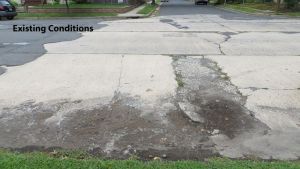 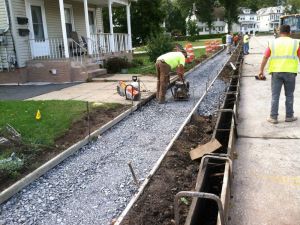 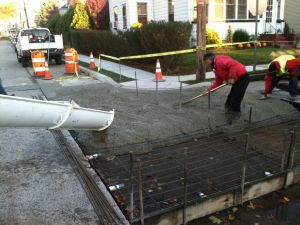 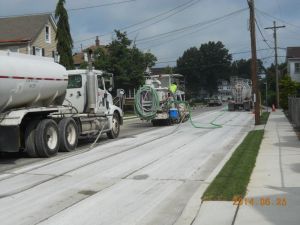 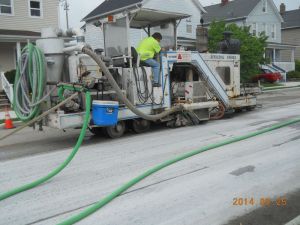 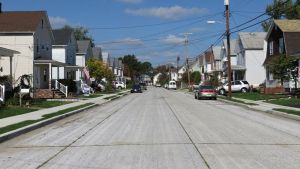 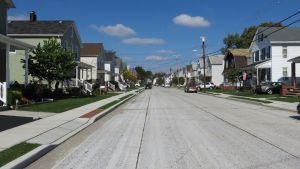 The South Street Area, a neighborhood that was established in close proximity to the Historic Rubber Factory Site. The South Street Area roads consist primarily of Portland Cement Concrete Roadways with concrete curbing and intermittent sidewalks throughout.

Given the age of the roadways, they have begun to exhibit various forms of deterioration, including surface polishing and have been riddled with trenches associated with the maintenance of subsurface utilities within the roadways throughout the years.

Recognizing the need for improvements to the roadway system, the Mayor and Borough Council commissioned The Borough Engineer, Michael J. McClelland, P.E., to develop a scope for the improvements and to identify funding sources to accomplish the project. The Governing Body as well as neighborhood residents were primarily concerned with the preservation of the concrete roadways and challenged Mr. McClelland to develop a cost effective method of improving the roadways without the complete replacement of the concrete and/or resurfacing with Hot Mix Asphalt.

To meet the challenge, Mr. McClelland spearheaded the research on available concrete pavement improvement techniques and determined that the diamond grinding of the concrete surface including full depth pavement repairs where necessary.

With the method of improving the Concrete Pavement identified, Mr. McClelland performed a review of the South Street Area and recommended that the Mayor and Council consider a Long Range Plan whereby South Street, Clay Street, Sherman Avenue, Sheridan Avenue, Broad Street and Lafayette Avenue would be improved.

In General, the scope consisted of the Diamond Grinding of pavement surface, full depth pavement repairs, pavement joint repairs, the removal and replacement of the concrete curbing and sidewalks, handicapped ramp improvements and other related work.

In addition, recognizing the importance of barrier free access and the challenges of constructing handicapped ramps within the confines of the existing roadway Right-of-Way, Mr. McClelland developed detailed Design Plans for each handicapped Ramp conforming to the current Public Right-of- Way Access Guidelines.

The proposed improvements also resulted in the removal of several trees along the roadway that were negatively affecting the existing sidewalks. Mr. McClelland worked with the Borough Officials to identify Crepe Myrtle Trees as the street tree that would flourish within the confines of the neighborhood and would require limited future maintenance with respect to the overhead utility lines.

The construction of the project commenced in September of 2013 and presently is substantially complete.

Building on the success of the project, the Governing Body authorized Mr. McClelland to continue to seek funding to advance the improvements of the South Street area roads.