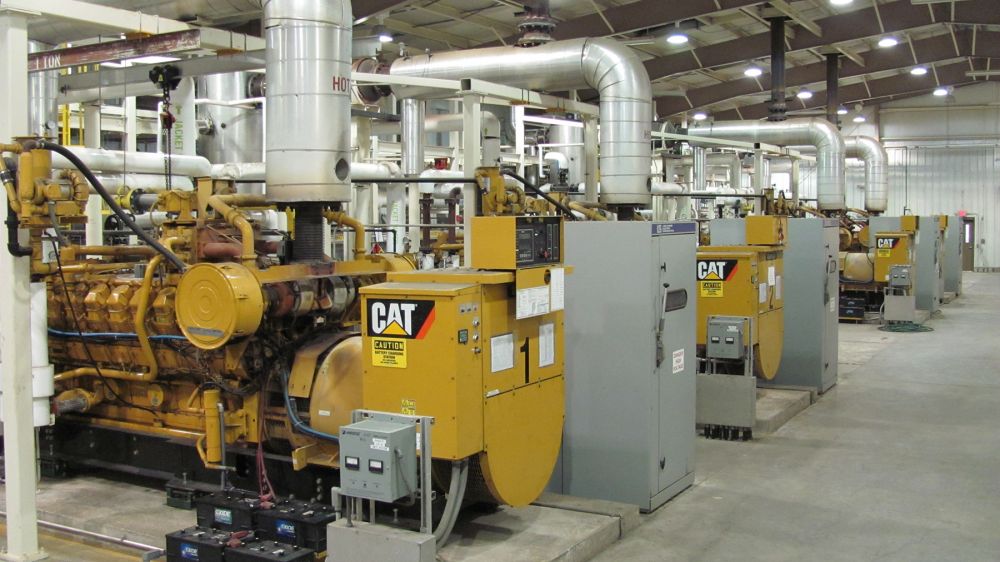 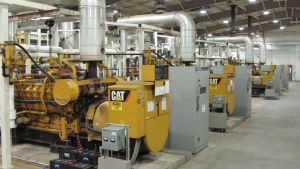 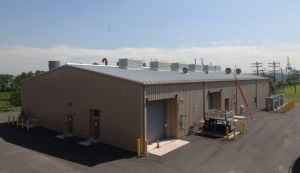 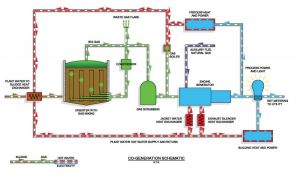 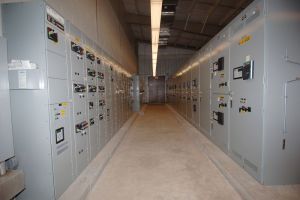 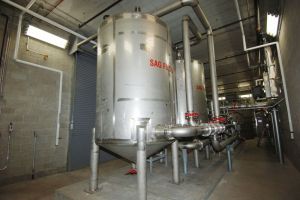 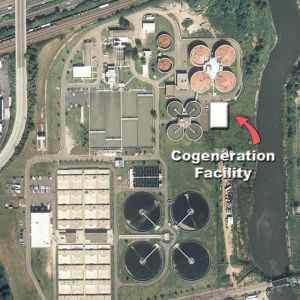 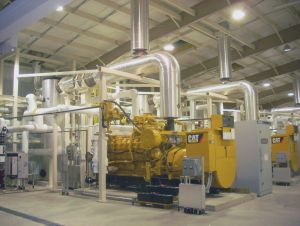 The Joint Meeting of Essex and Union Counties has been treating the wastewater produced by 12 municipalities in Essex and Union Counties for over 100 years. It now has the technology to turn some of the by-products of that waste into significant saving for the rate payers of the participating towns as well as reducing pollutants discharged into the air and reducing the use of hydrocarbon fuels for the production of electricity and heat.

Methane production and beneficial use is not new to the Joint Meeting. It all began upon start up of the new digesters and secondary facilities in 1978 followed by the construction of a Powerhouse in 1982. The Powerhouse won the NJCEC in 1985 grand award for Engineering Excellence and was the subject of a paper entitled "Cogeneration Using Methane from Sewage Treatment Waste Digester Gas" presented at the 78th Annual Meeting of the Air Pollution Control Association in Detroit, Michigan in June of 1985. The Powerhouse included three (3) 438kW generators operating in parallel with the utility. Recovered heat was used to supplement the plant heating system. The Joint Meeting saved approximately 35% yearly on its electric power bills from 1984-2009. The system operated for 25 years before it was replaced with a larger Co-Generation facility.

Late in 2009, the Joint Meeting started a new cogenerating facility fueled primarily by methane gas that is the by-product of one of the processes of the treatment works. The process handles solids generated by the bacteria used to treat and remove pollutants from the wastewater. Methane gas produced by this process fuels the generators that produce an average 1400 megawatt-hr of electrical power monthly which is about 80% of the total power needed to run the Wastewater Treatment Plant and Biosoilds Facilities. During periods of reduced methane production natural gas may be used as a supplemental fuel.

The new facility received the 2012 National Environmental Achievement Award from the National Association of clean Water Agencies (NACWA) at the organization's award ceremony on Feb 13 ,2012 in Los Angeles California.

N.J.D.E.P. Mandate:
The Joint Meeting operates under a Title V air pollution limitation for all atmosphere discharges. The direct discharge of digester gas or flaring is also limited. The use of 100% of the digester gas for fueling a Co-Generator system removes the NJDEP concern.

Additionally, the DEP mandated the installation of a 100% back-up power system to insure continual operation in the event of a power failure. The Co-Generator System was designed to operate in parallel with the utility and in "Island Mode" during a power failure as it did in the aftermath of Hurricane Sandy keeping the plant in full operational mode while meeting all discharge limits.

Normally the system generates approximately 80% of the plant power consumption with only 3 of the 4 engines operating. During a utility outage the System can generate 100% of critical demand; thereby avoiding dry weather by passes of any part of the treatment process.

Assignment:
CME's assignment was to conceptualize design and place into operations a stand-alone Co-Generation system using digester gas as its primary source of fuel. The ground-work for this commenced in 1995 with the upgrade of the gas mixing system and sludge heat exchangers. These improvements almost doubled the gas production necessary for a cost effective co-gen system.

The design was to use all of the gas produced to meet Title V requirements and at the same time meet the plant power and process heat demands. Each engine must also have a back-up fuel source such as natural gas.

Project Features:
The basic concept was to provide capacity for the recorded peak demand of 4100kW. Six (6) 800kW generators were selected. With one unit out of service the remaining five (5) would be able to meet the peak of 4100kW. Due to budget constraints the project was scaled back to four (4) units and leaving space for the addition of two (2) units in the future. The four (4) units are capable of supply 88% of the connected demand. The remainder is made up by the parallel connected electrical utility.

Project Costs:
With a final construction cost of $16,000,000 the project is highly successful considering the reduction in purchase of utility power and heating fuel with a combined saving of $1,750,000 per year.