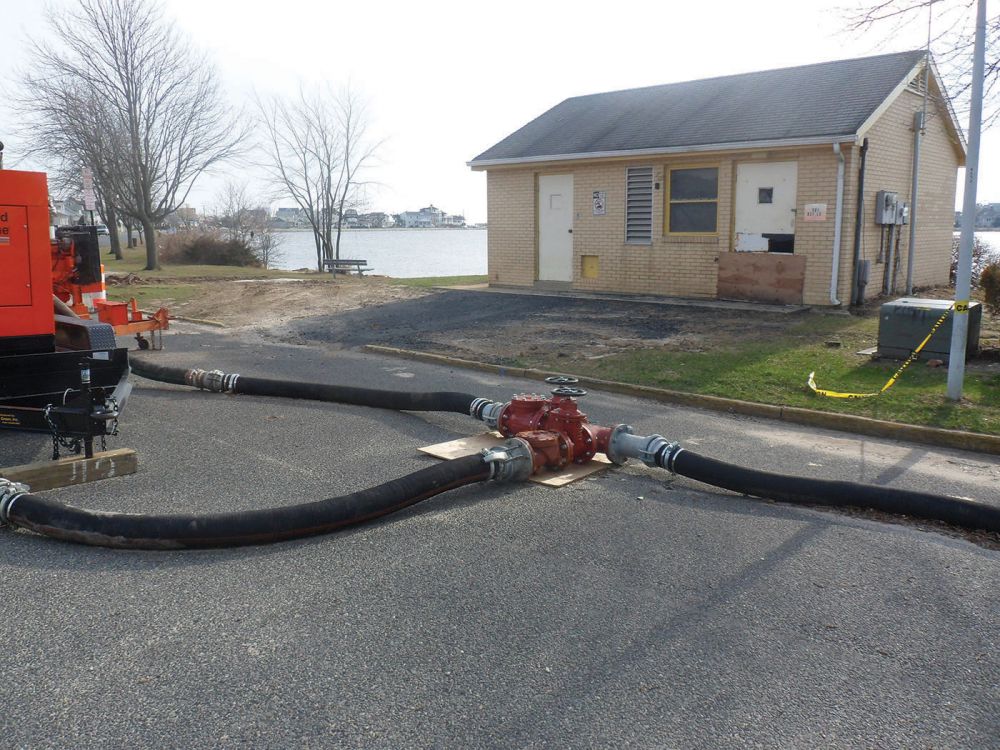 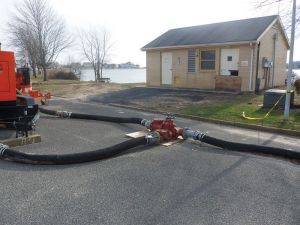 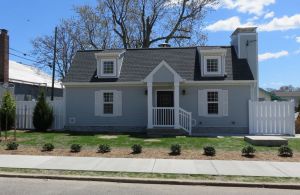 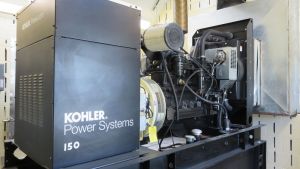 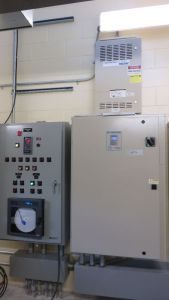 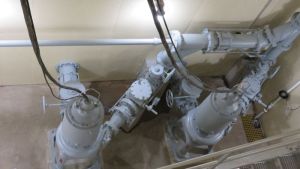 South Monmouth Regional Sewerage Authority (SMRSA), consisting of eight municipalities, including; the Boroughs of Belmar, Brielle, Lake Como, Manasquan, Sea Girt, Spring Lake, Spring Lake Heights, and the Township of Wall, was created in 1970. SMRSA owns, operates and maintains eleven sewage pump stations and the central sewage treatment plant. The individual municipalities are responsible for their own collection systems, and for sewage conveyance to the Authority's sewage pump stations.

The original Lake Como Pump Station was originally located near the intersection of North Boulevard and Parkway in the Borough of Lake Como. The station was constructed in the 1970's as a dry well and wet well type station. The location of the existing pump station was adjacent to Lake Como, which posed a constant threat of flooding. According to the FEMA Flood Mapping, the pump station was located within the 100-year flood zone. During the most recent storm event, Sandy, flood waters from Lake Como inundated the Lake Como Pump Station with approximately 5 to 6 feet of water which did not recede for 6 days. During this period the Lake Como Pump Station was inaccessible and inoperable. When the station is inaccessible due to flood water, the Authority Staff cannot maintain operation of the station and the conveyance of sewage. Additionally, the refueling of the emergency back-up generator is inhibited due to flood waters around the perimeter of the existing pump station. Electric service to the station was also turned off during the storm event as flooding submerged the electrical distribution system and the utility company transformers. Electric was not restored until the utility company was able to access and repair their facilities.

Locations in the vicinity of the Pump Station on 18th Avenue were investigated for relocation of the station. The Authority acquired the property located at 1800 Parkway (Block 18, Lot 1), near the corner of Parkway and 18th Avenue in the Borough of Lake Como and outside of the flood prone area. Phase I of the Project consisted of the construction of the necessary gravity sewer and force main extensions to the new pump station site. This Phase was completed during the design and permitting of the new pump station. Once the necessary piping facilities were constructed, the temporary bypass pumps were relocated to the new pump station site for immediate protection from any future storm events while still maintaining sewage service to the community.

Phase II of the Project consisted of the construction of the new Lake Como Pump Station. The construction included a new concrete wet well and dry well with a concrete top slab at grade. The top slab contained openings for removal of equipment and personnel access. The Authority elected to install dry pit submersible type pumps in the dry well. Electrical equipment and controls are housed in a utility building adjacent to the dry well. The building was designed to blend in with the community while providing all the necessary amenities of a sanitary pump station typical of the Authority. The electrical equipment housed within the building includes controls, alarm system, variable speed drives, emergency generator and other electrical components.