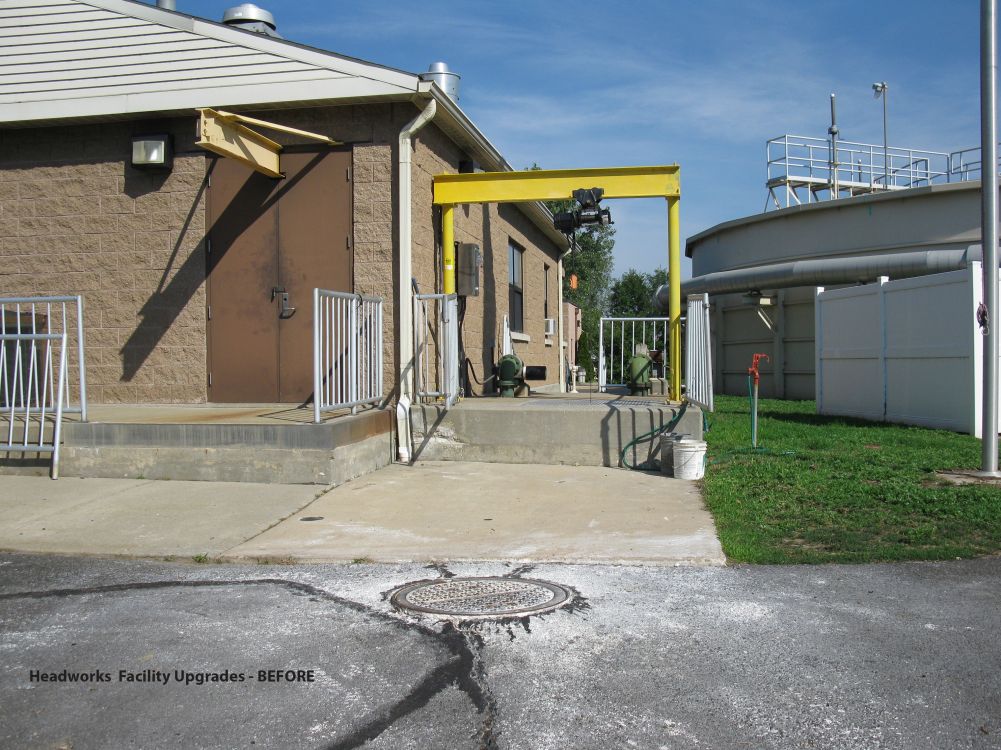 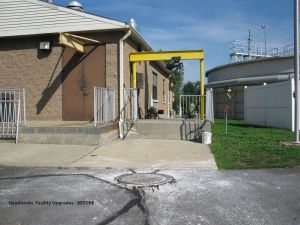 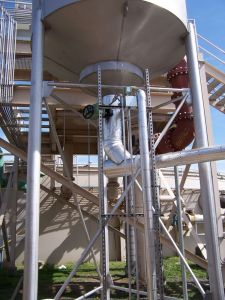 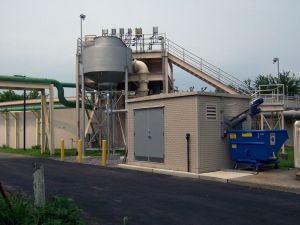 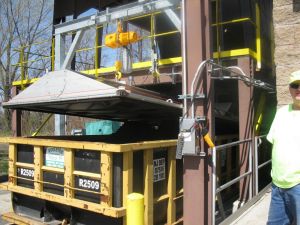 The Township of Delran, New Jersey owns and operates a wastewater gravity collection system, wastewater pumping stations and force mains, and a wastewater treatment plant (WWTP). The Delran WWTP has a design capacity of 2.5 MGD. The current plant was constructed in 1994 to replace an existing 1.5 MGD WWTP that was originally was built in the middle 1960's. The plant operates as a biological nutrient removal (BNR) plant with three BNR process reactors. The effluent from the BNR reactors flows through sand filters to an ultraviolet disinfection system. Plant effluent is then pumped to the plant outfall in Rancocas Creek, a tributary of the Delaware River. Liquid sewage sludge generated by the treatment process is transferred to a sludge thickener and a dewatering facility. The sludge is dewatered using a belt filter press, transported to roll off containers via a conveyor belt system and then transported off-site and disposed of by the contract hauler.

At the request of the Township, CME Associates undertook an evaluation of the wastewater facilities in order to develop a 10-Year Capital Improvements Plan (CIP). Three improvements at the WWTP were identified as priority projects in order to strengthen "weak links" in the treatment process and improve the ability to effectively operate the plant.

Headworks Facility Upgrades: The existing plant comminutor which was used to grind and shred material in the wastewater is located after the plant main sewage pumps, as opposed to prior to the pumps, as is usually the case, with only a bar screen preceding the pumps. As a result, there has been a high level of maintenance required for the plant main sewage pumps due to a ragging problem. In addition, since there was only one comminutor, it was a weak link in the treatment system. This portion of the project consisted of the installation of automatic screening and washing / compactor equipment at the influent to the treatment plant wet well, prior to the main sewage pumps. It is anticipated that the screening unit will minimize any ragging problems and the washer/compactor will facilitate screenings handling and removal.

Grit Facility Upgrades: The existing grit removal unit at the plant was installed without a grit classifier unit. As a result, the grit unit was only being used when plant personnel are on site and as a result, large quantities of grit were reaching the treatment tanks where it had to be removed manually which was costly and diverted
staff from other duties. Allowing grit to reach downstream of the grit chamber also increased the likelihood of equipment wear and tear and ultimately failure. This portion of the project consisted of the installation of a new grit removal unit, a new grit classifier and construction of a building to enclose the classifier unit. It is anticipated that the new units will significantly increase the efficiency of grit removal and prevent grit from reaching downstream tanks and equipment.

Sludge Handling Upgrades: The existing sludge conveyor is a key component of the sludge handling process and was well past the end of its useful life. Failure of this unit would have resulted in an inability to dewater sludge and increased costs due to the need to haul liquid sludge from the plant. This portion of the project
consisted of the removal and replacement of the existing sludge conveyor, distribution augers, and hardware. The work also included installation of a leveling cover for the sludge disposal roll off container. It is anticipated that these units will improve the efficiency of the sludge handling operation by maximizing the capacity of the sludge roll off.