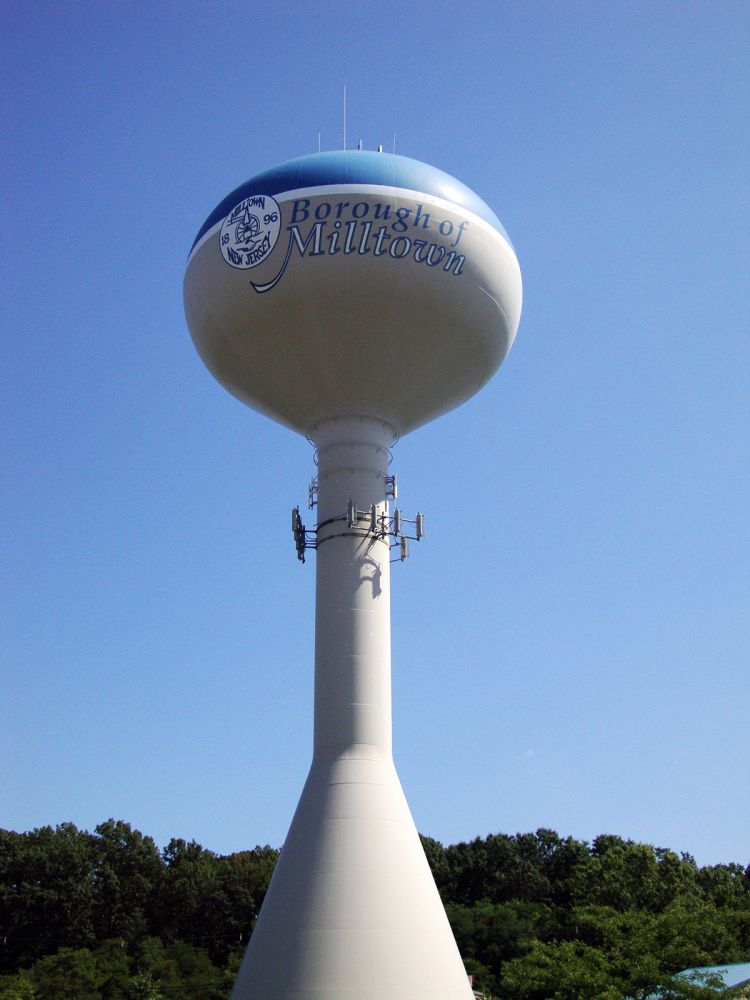 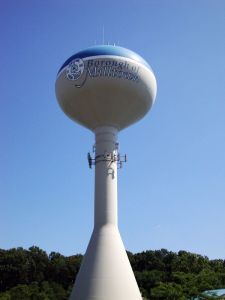 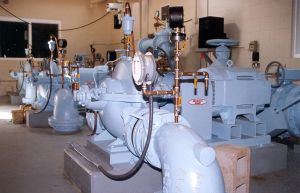 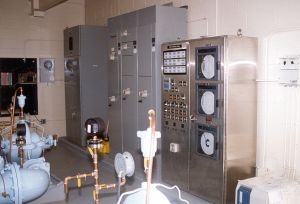 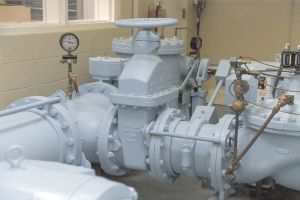 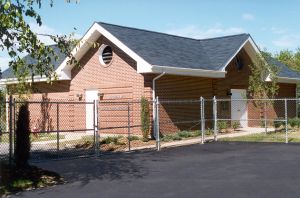 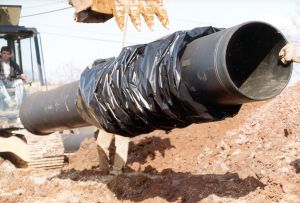 20" TRANSMISSION MAIN
The old water main was situated under Route 1 which had been widened over the years from a two lane cartway to a six lane divided highway. Anew crossing under the highway would require special approvals from the NJDOT and add an additional $300,000 to the preliminary cost estimate of one million dollars.

However, the Borough, through the efforts of Mr. Allgair and his staff, was successful in obtaining the necessary easements for the project, thereby avoiding the additional costs.

In addition to the obstacles to the construction indicated above, the new main had to be installed without damaging the sixty year old 12" water transmission, since water obtained through the line represents Milltown's only non-emergency source of potable water.

The new 20" transmission main was completed and placed into operation in the fall of 1993 and represented the completion of part 1 of the Multi-Phased Water System Improvement Program.

Construction of the 750,000 gallon water storage tank began in the fall of 1993 with the excavation of the 200 cubic yard reinforced concrete footing for the tank which had to be advanced to approximately 20'-25' below existing grade due to the poor soils at the site.

In order to facilitate future draining of the tank, an offsite storm drainage system was included in the overall project. Also, provisions for the future installation of radio antennae and pumping equipment were incorporated into the project as well.

Upon completion of the painting of the Borough seal, and the Borough of Milltown sign, curing of the interior and exterior coating system and the satisfactory disinfection of the container, the tank was placed in service in September of 1994.

2.0 MGD WATER PUMPING FACILITY AT ELKINS LANE
Part 3 of the Multi-Phased Water Improvements consisted of the design and construction of a new 2.0 million gallon per day water pumping facility at Elkins Lane to replace the existing underground station which dated back to the 1920's.

Unique to this project was the Borough's requirement that the exterior of the pumping station blend in with the residential character of the neighborhood, especially since the old station was situated below grade.
Another specific requirement was that the existing pumping station remain in service until the new facility was completed and fully tested.

The project also included the installation of a chlorine analysis device which was installed in order to monitor chlorine residuals in the water obtained through the transmission main and automatically supplement the chlorine residual as necessary.

Upon the completion of the regiment of testing, the new station was placed into operation in June of 1995.